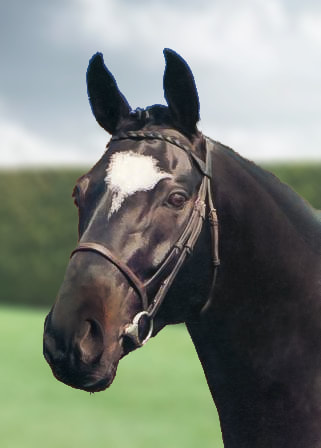 Fleetwater Opposition's genes are saturated with success from both sides of his pedigree.
His sire Muschamp Danube was a prolific sire of successful Advanced Event Horses, Show Jumpers, Dressage Horses and European Individual Medalist Driving Horses.
His dam Opushka was an Elite Graded Trakehner from one of the worlds most famous and successful bloodlines, which can be traced back to the original Russian StudBook.  She was from the same family as the Olympic Silver Medallist Pepel and the Olympic Show Jumping stallion Almox Prints J. Opushka was the dam of Date Up an international show jumping mare who won at the Pan Amercian Games and was the Norwegian Show Jumping Champion.   Another one of the offspring was Fleetwater Oppidan who won the Advanced class at Gatcombe Park Horse Trials.  He is also a Grade B Show Jumper and Advanced Medium Dressage Horse. 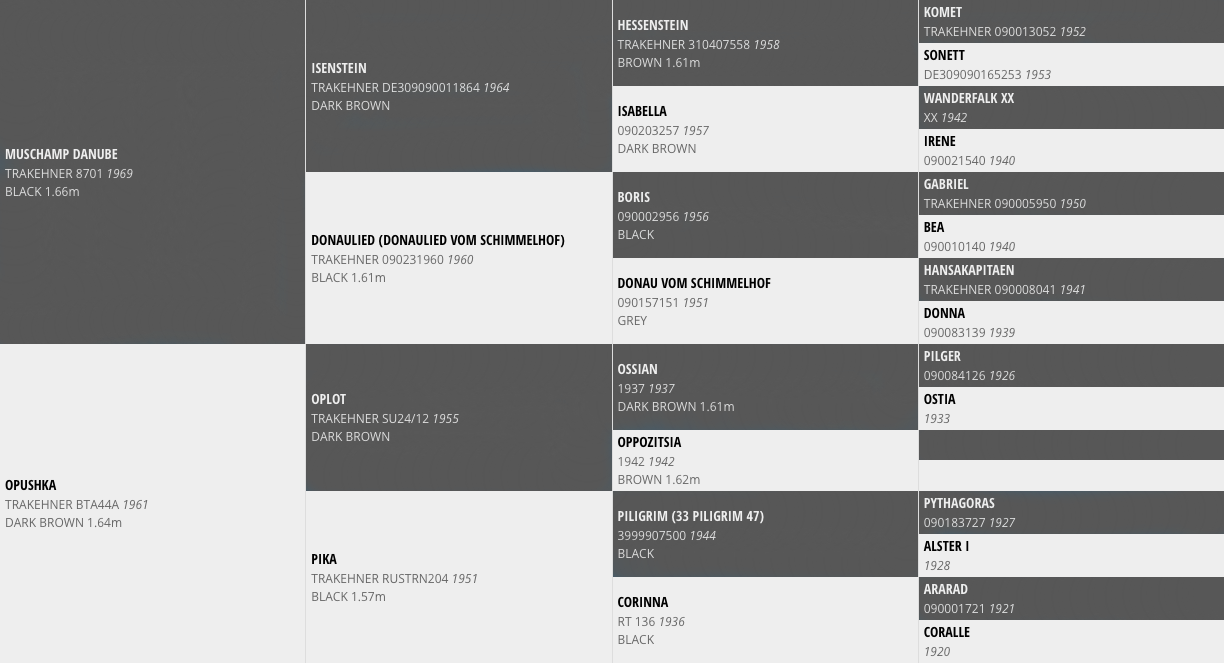